If you do an internet speed test, you measure how many bits you can download per second.

Factors that can influence your measurement are often only theoretical. Something that is a factor in one situation may not be a factor in another.

For example, in the test situation I used, there is no significant difference between a wired laptop or a laptop with WiFi. The only thing I can conclude is that my wifi is suitable for my internet subscription.

Hence the only thing I can do is categorise the potential factors in the following categories:

A wired computer is believed to be best for an Internet speed test. This computer must be the only device connected to the router.

For this test the following configuration is used:

In these circumstances the SpeedOfMe is used.

Note that when you want to discuss your download speed with your ISP, it is best to use the speedtest suggested by your ISP.

Probably little or no influence

Potentially a lot of influence

It depends on your situation 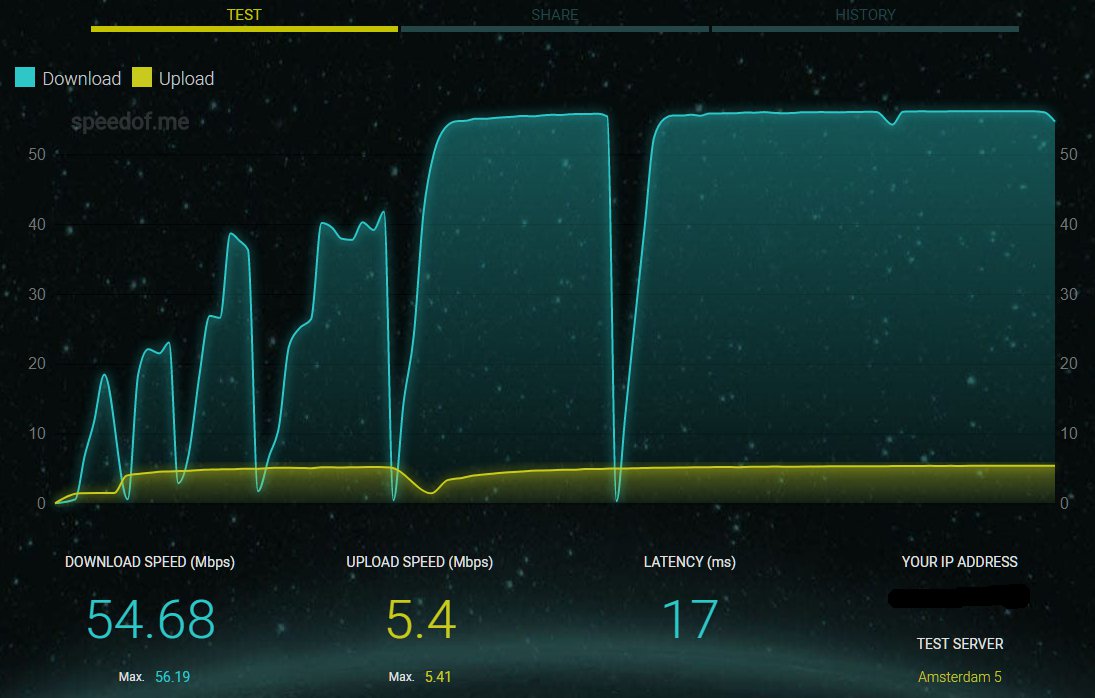 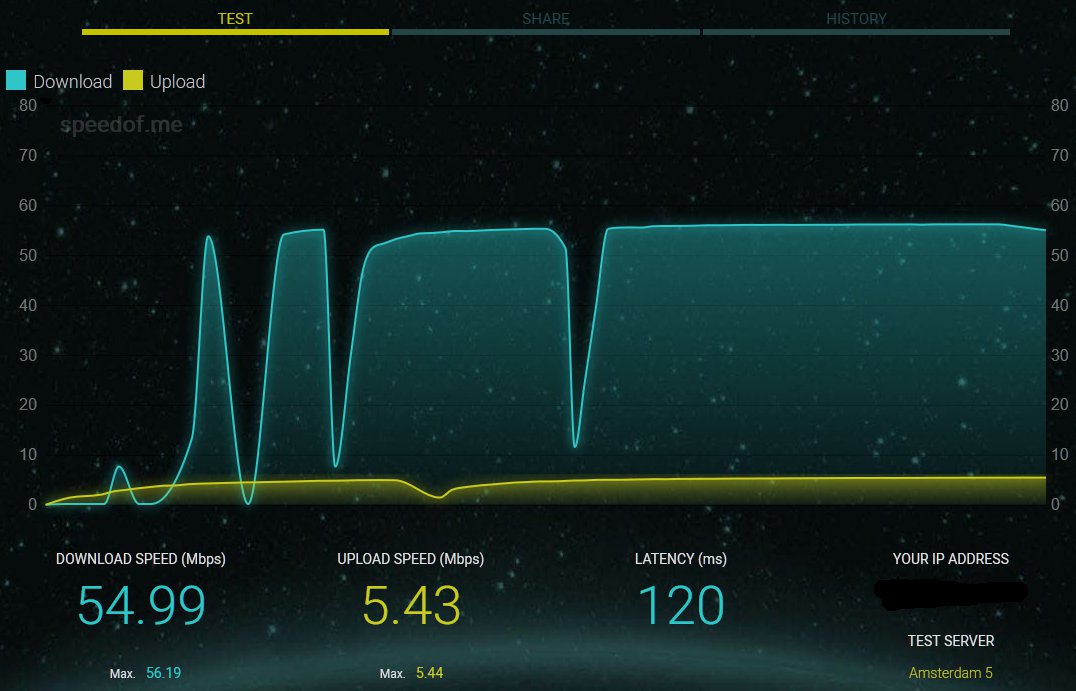 Using Firefox instead of Google Chrome has little or no influence. Again, the flat line at the top indicates the max download speed you have. The max. download speed is similar to the result of the above test. 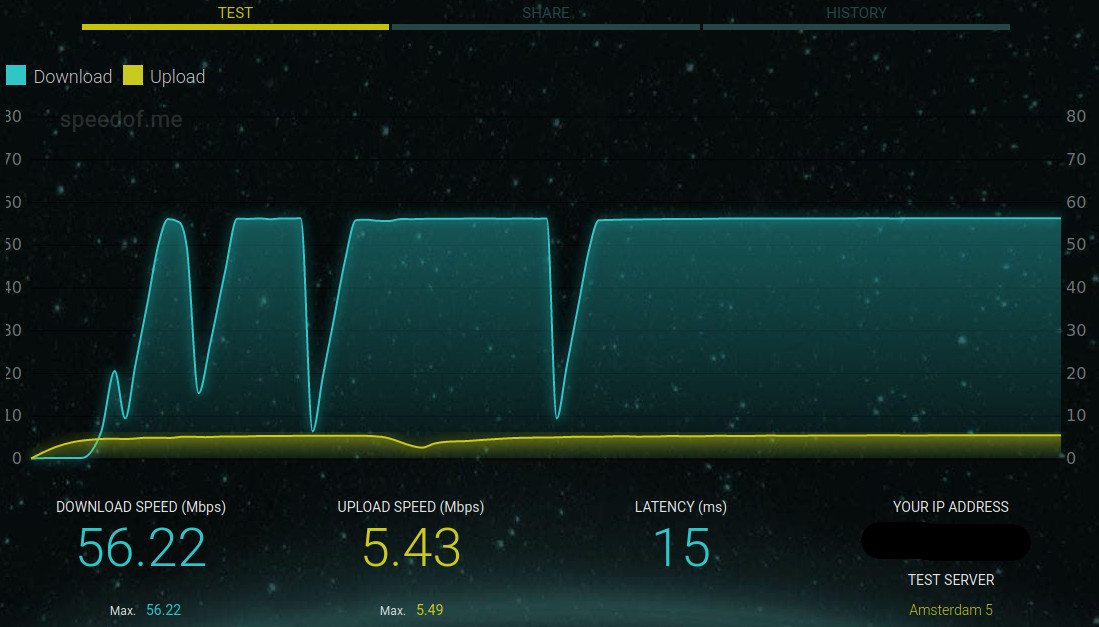 Using Firefox while running Ubuntu instead of Windows has little or no influence. Again, the flat line at the top indicates the max download speed you have. The max. download speed is similar to the result of the above tests. 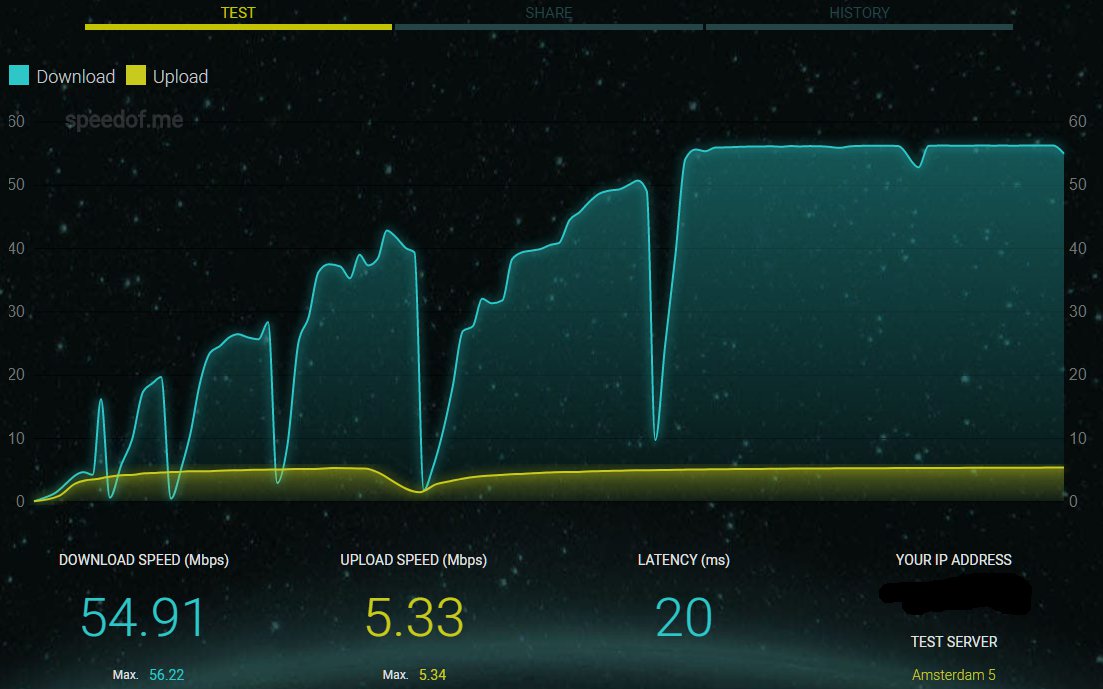 With 15 open programs, the result is almost the same as the result of the test in the ideal test conditions. 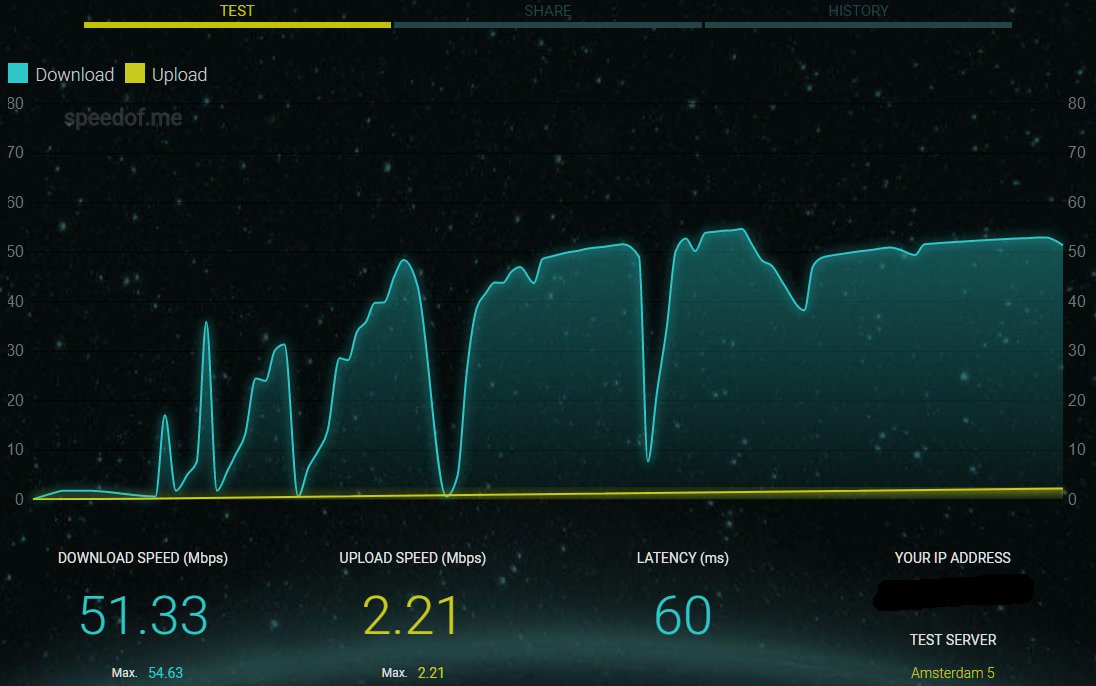 When a lot of calculations are required, in this case because OpenSCAD renders a 3D model, it is not possible for SpeedOf.me to measure the previous max. download speeds. 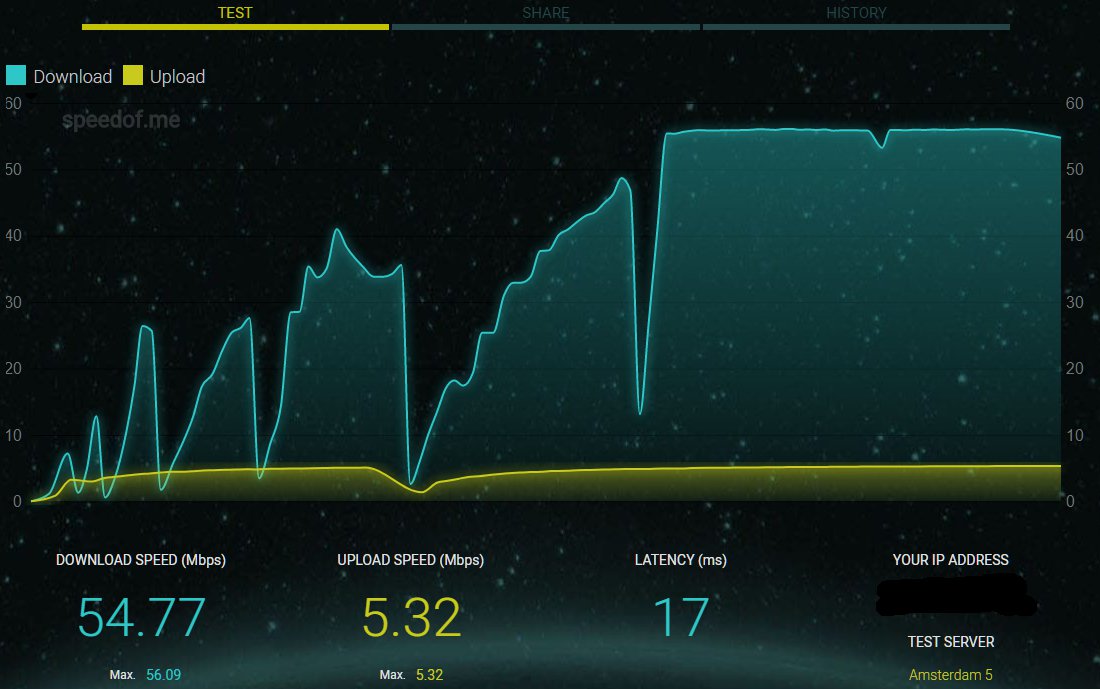 The use of a specific DNS doesn't influence the results of the speedtest. 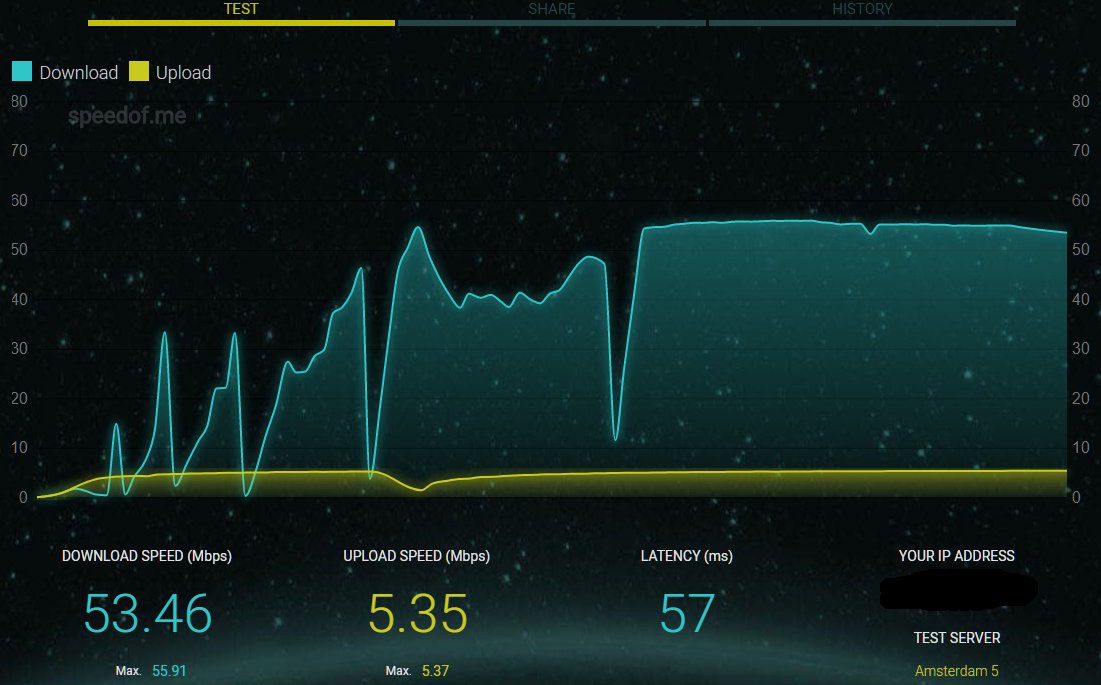 While watching Blood Diamond on Netflix, there is a drop in the speed when SpeedOf.me downloads the penultimate testfile. The end result is almost the same as in the ideal test condition. 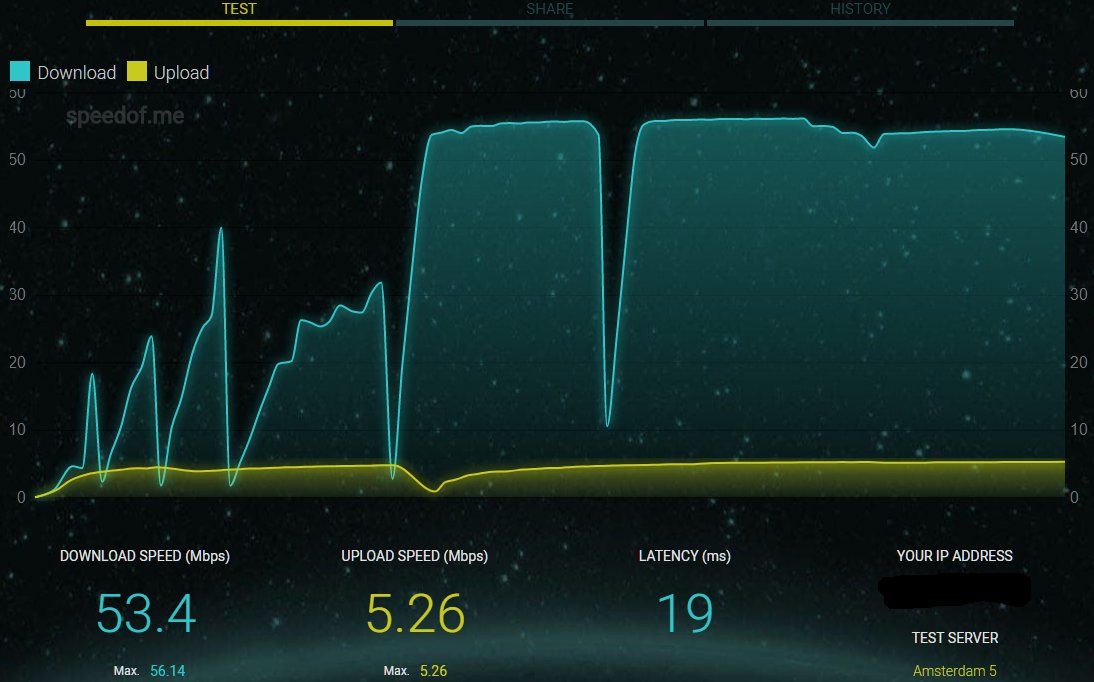 Watching Mr. Bean in the department store at YouTube gives a small drop when SpeedOf.me downloads the last testfile. Again, the max. download speed is the same as in the ideal test condition. 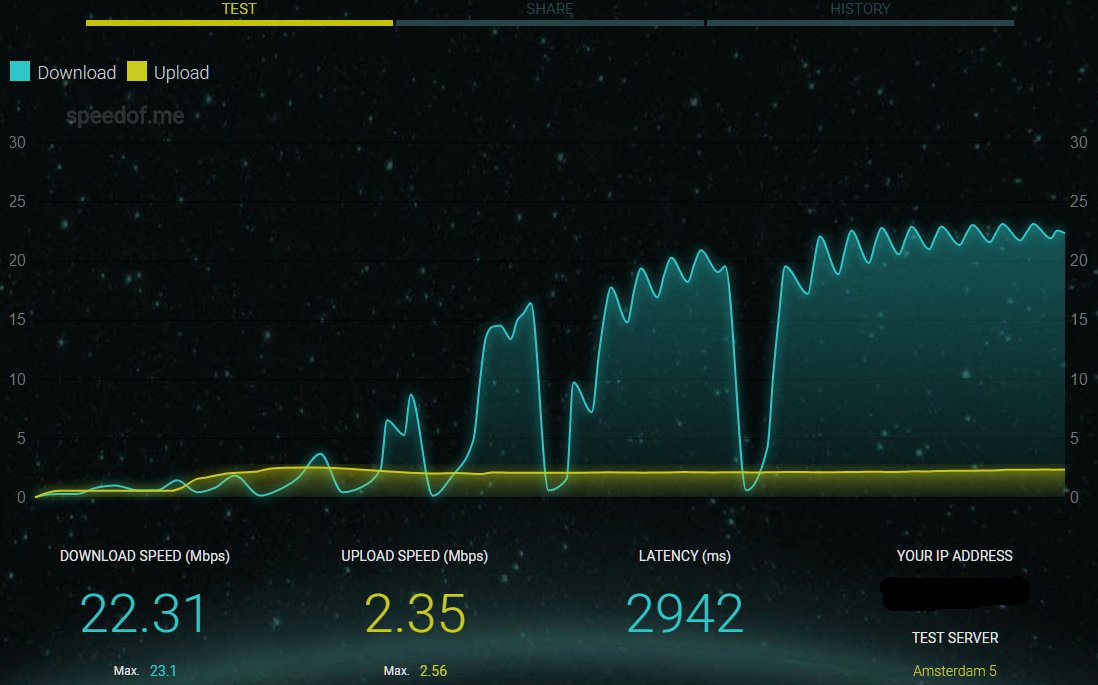 It is clear that the download of a large file does influence the speed test results dramatically. 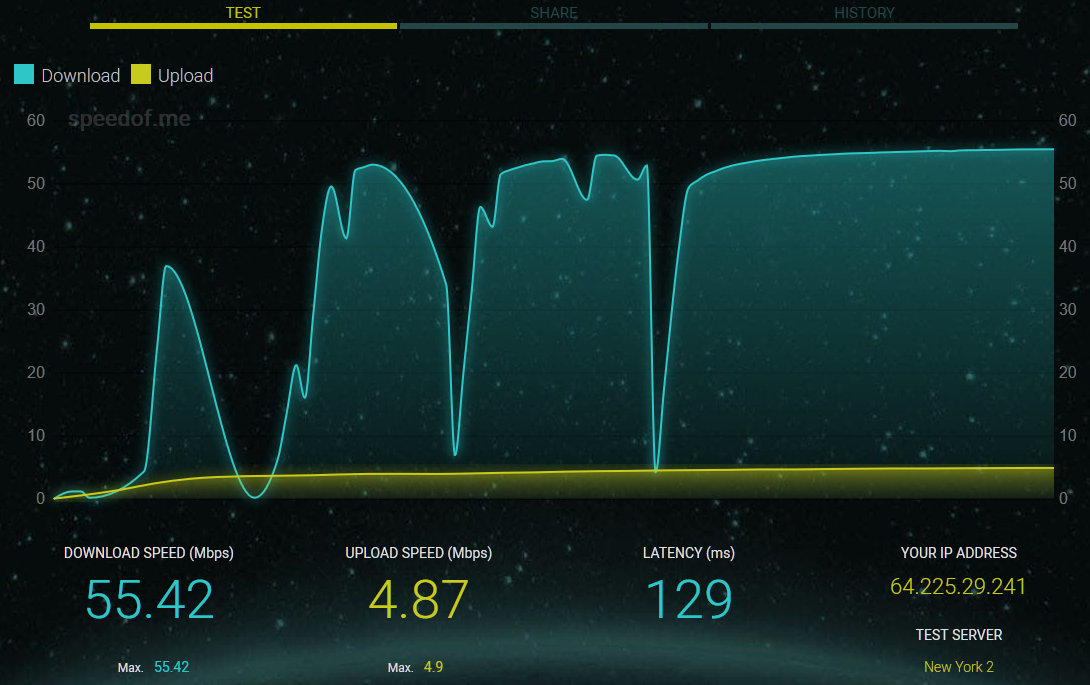 The use of the Hola VPN hasn't that much influence on the SpeedOf.me test result. However in an earlier test is was concluded that another VPN will give much lower results. Hence the VPN you use might influence your test results.

In the first test regarding speed determing factors it was concluded that the test server used has probably little or no influence.

Another conclusion based on this test is that the use of TOR has a lot of influence.